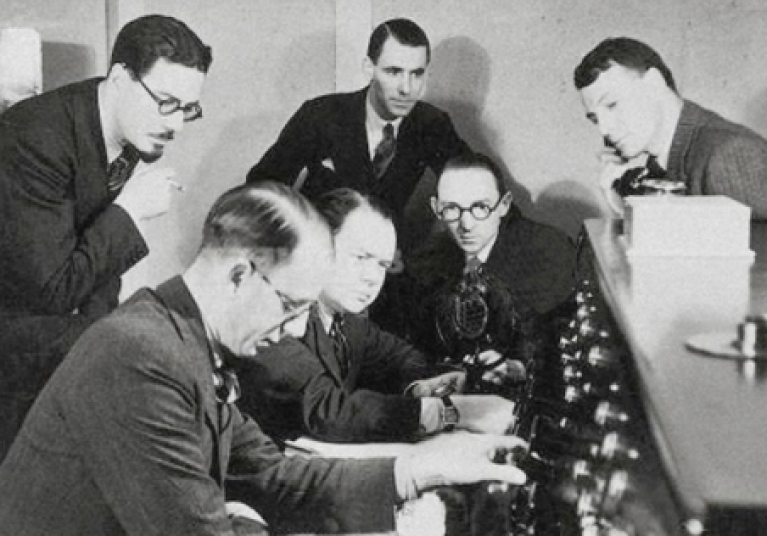 Harbeth: a half century of refinement

What would you say is the element of a loudspeaker system that ultimately defines its acoustic resolution? The cabinet? Crossover? Internal wiring? Stand? Not so. They’re factors, but not the factor.

Resolution is a feature of the material science of the drive-units. It’s that important. Harbeth has a long history in speaker diaphragm revolution, and consequently no equal in sonic transparency.

The Harbeth story from the beginning

Towards the end of his illustrious career in the BBC’s Research Department, H.D. Harwood identified a new type of film plastic that appeared suitable for loudspeaker cones. With the BBCs consent, he was granted a patent and upon his formal retirement, the Harbeth company was created and Harwood was in business as a speaker manufacturer. Adverts in the hi-fi press announced his 1977 debut HL Monitor (Mk1), built around his newly-patented polypropylene-coned bass-midrange woofer, the world’s first. It played louder, handled more power, was more sensitive, had a far tighter bass and lower coloration than the best hand-doped first generation bextrene plastic cones of the earlier BBC monitors.

How Harwood arrived at polypropylene is a story in itself. Ten years earlier, in the mid-1960s under Harwood’s management, the BBC’s Research Department had pioneered the use of bextrene plastic as a cone material, and  incorporated it in the classic BBC monitors of that era. Harwood’s further investigations exposed polypropylene as a potential material, and the Harbeth company founded to commercialise it.

Polypropylene, a very easily deformed semi-rigid polymer, makes great shampoo bottles where it’s mechanical flexibility is an advantage. It is now widely used in bass-midrange units and is easily vacuum formed into cones on kitchen-table equipment from thin, film sheet supplied on rolls.

Throughout the first ten years of production, Harbeth released subsequent Mk2 and Mk3 Monitors, with small changes in the characteristics of the bass-midrange drive unit, and overall system balance. It was the development of the novel Mk4 Monitor that transformed the brand and had a dramatic impact on the companies fortunes —  ultimately for the better.

In 1985 Harwood was introduced by a supplier to an entirely new type of plastic which could, theoretically, be moulded into a speaker cone. This new material evidently had excellent acoustic properties and just the right mass. It did not have polypropylene’s rubbery molecular structure which dried out the ‘presence band’ of the audio range, just below the transition to the tweeter, a range from which the listener interprets the airiness and freshness in music. The extreme difficulty of vacuum forming a 3D cone shape from the new material, far less malleable than polypropylene was to prove chronic, and unaware of the looming supply problems Harwood announced his new Mk4 monitor to an eager public. The self-evident sonic transparency and natural tonality over conventional speakers led to a flood of orders. Regular supply would be unachievable.

As a youngster excited by the technology of maverick radio broadcasters bobbing about in the 1960s North sea Alan Shaw became a Saturday assistant his local BBC radio station. This gave him access to presenters live and through the glass in the control room to their reproduced voice over the monitor speakers. It fuelled his curiosity about the BBC monitor concept, and to Shorter (LS5/1) and Harwood’s inventions (LS5/5, LS3/5a).

Some ten years later, Shaw, working in the Japanese semiconductor industry, had the opportunity to visit Harwood, about whom he had read extensively. Harwood’s commercial predicament now he was well past retirement age was self-evident — the premature launching of the new-technology Mk4 Monitor but having to revert to producing the diaphragm technology of the previous models. Shaw’s, half Harwood’s age and having first-hand experience with Japanese Quality Control, supply-chain management, and product innovation suited the Harbeth commercial challenges perfectly. And so, thirty years on with Shaw at the helm, Harbeth was to steadily grow and evolve.

The Harbeth technology
The BBC heritage
The Lindfield factory

The meeting place for our friends and neighbours in Europe and from around the world bonded by the appreciation for natural sound. HUG explores sound reproduction from recording to the listening room – and many other aspects of related life. You’re most welcome!