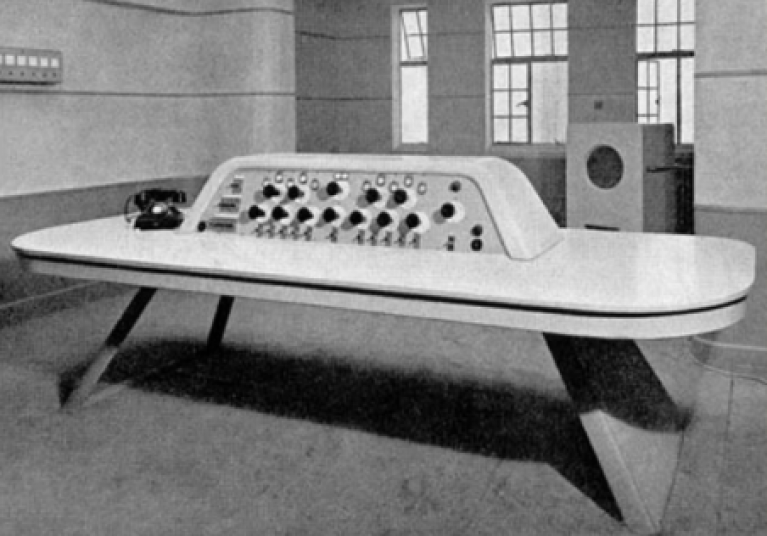 It all started as a way to sell radio receivers

Over forty years, a handful of talented engineers at the BBC’s Research Department conceived and undertook the world’s most comprehensive and sustained loudspeaker investigation project. Their contribution to driving-up the standard of hi-fi speakers was and remains immense.

The British Broadcasting Company was established in 1922 by a consortium of prospective manufacturers of domestic radio receivers. With the thermionic tube now in production, an entirely new and profitable market for domestic entertainment was on the horizon. What was needed to promote sales of receivers were radio programmes of wide public appeal, provided by the Company.

The creation of mass, instant communication revolutionised society, and by 1927, the government disbanded the for-profit Company, and by Royal Charter converted it into the non-profit, quasi-state-controlled British Broadcasting Corporation we know today. Wisely, the entire staff of the old Company was transferred to the new BBC and funding was (and is) provided indirectly by the government through a levy on domestic radio (now TV) use.

So how did the BBC become so deeply involved in loudspeaker, and indeed, microphone design? We should note that the technical management team of the BBC was not academics, civil servants or politicians, but hardware engineers who had created from nothing a network of studios and transmitters reaching across the UK. They understood radio transmission and reception technology at both ends and right along the audio chain. They were audio pioneers who rightly set the world’s broadcast technical standards.

Every broadcast studio needs at least one (for mono) loudspeaker of technical performance at least as good as the best home users equipment. The rapid expansion of BBC studio network created a demand for hundreds of studio monitor speakers, all meeting the same technical standard and sounding the same as a precursor to consistent monitoring quality control across the studio network.

This need for tight consistency in design and manufacturing was not of primary importance to the makers of home radio receivers, and the supply of speaker units into those receivers was provided by a cottage industry of maverick amateurs. Working in small facilities with little or no technical equipment, new variations of drive units were created entirely by trial and error, tweaked by ear and promoted through fanciful advertising claims about sonic breakthroughs.

The broadcasters, in contrast, were disciplined and organised. They understood the importance of conceiving and maintaining standards through the broadcast chain from the microphones, the studio acoustics, the landlines to the transmitters, the transmission equipment and ultimately to the home receiver.

Around the time of incorporation of the BBC, the Rice-Kellogg drive unit, mounted in a suitable cabinet had been the standard monitor in the BBC, and had remained in service for the next twenty years or more. With growing awareness, perhaps from improvements throughout the audio chain, that a more extended high-frequency response was achievable, there was a need for studio monitors with a wider bandwidth.

Rounding up the best candidates

In 1948, H.L. Kirke was in for a nasty surprise when started to engage with loudspeaker manufacturers. BBC engineers received twenty-one sample speakers from UK and USA producers and set about structured measurement and listening sessions. Although Kirke’s state-of-the-art measurement equipment was crude by today’s standards, used intelligently it produced comparable results. It was possible to measure frequency response across the audio band with the precision of a fraction of a dB and also to explore unwelcome resonant decay (hang-over) in the drive units.

The results were dismal; the subjective and objective performance was of concern right across the sample set. The least-worst examples identified, and further specimens ordered after discussions with manufacturers highlighting issues and requesting improvements.  This process descended into farce when subsequent production samples, ostensibly built to improved technical standards, had characteristics, both sonic and electro-mechanical, no better, often markedly different and even significantly worse than the original specimen samples.

This outcome, it was commented at the time, proved that there was not a speaker ‘industry’ in the understood sense, but an army of enthusiastic tinkerers. The absence of engineering discipline guaranteed inconsistency, and worse, stifled technical progress towards lower coloration, flatter frequency responses, and reduced distortion.

Kirke’s report ‘The Selection of a wide-range loudspeaker for monitoring purposes (first report)’ of 1948 was, and remains, a brilliant example of the scientific method applied to audio investigation.

A period of intensive research in which the BBC concluded that paper loudspeaker cones didn’t meet their performance requirements in monitor-grade loudspeakers. This set in motion the blue-sky thinking that led to the world’s first plastic cone loudspeaker diaphragms, first featured in the Harwood’s LS3/54, LS3/6 and three-way LS5/5 designs.

The serendipitous shoebox-size LS3/5a is the memorable achievement of early in this decade. That aside, speaker loudness and commensurate durability in-studio became the new design objectives possible with second-generation cone material, robust tweeters coupled to oversize midrange drivers and a deliberate shift from the flat frequency response target. Within a decade, health and safety culture outlawed high SPLs in-studio and this generation of narrowly defined monitors found little market outside the BBC’s own studio use.

The meeting place for our friends and neighbours in Europe and from around the world bonded by the appreciation for natural sound. HUG explores sound reproduction from recording to the listening room – and many other aspects of related life. You’re most welcome!